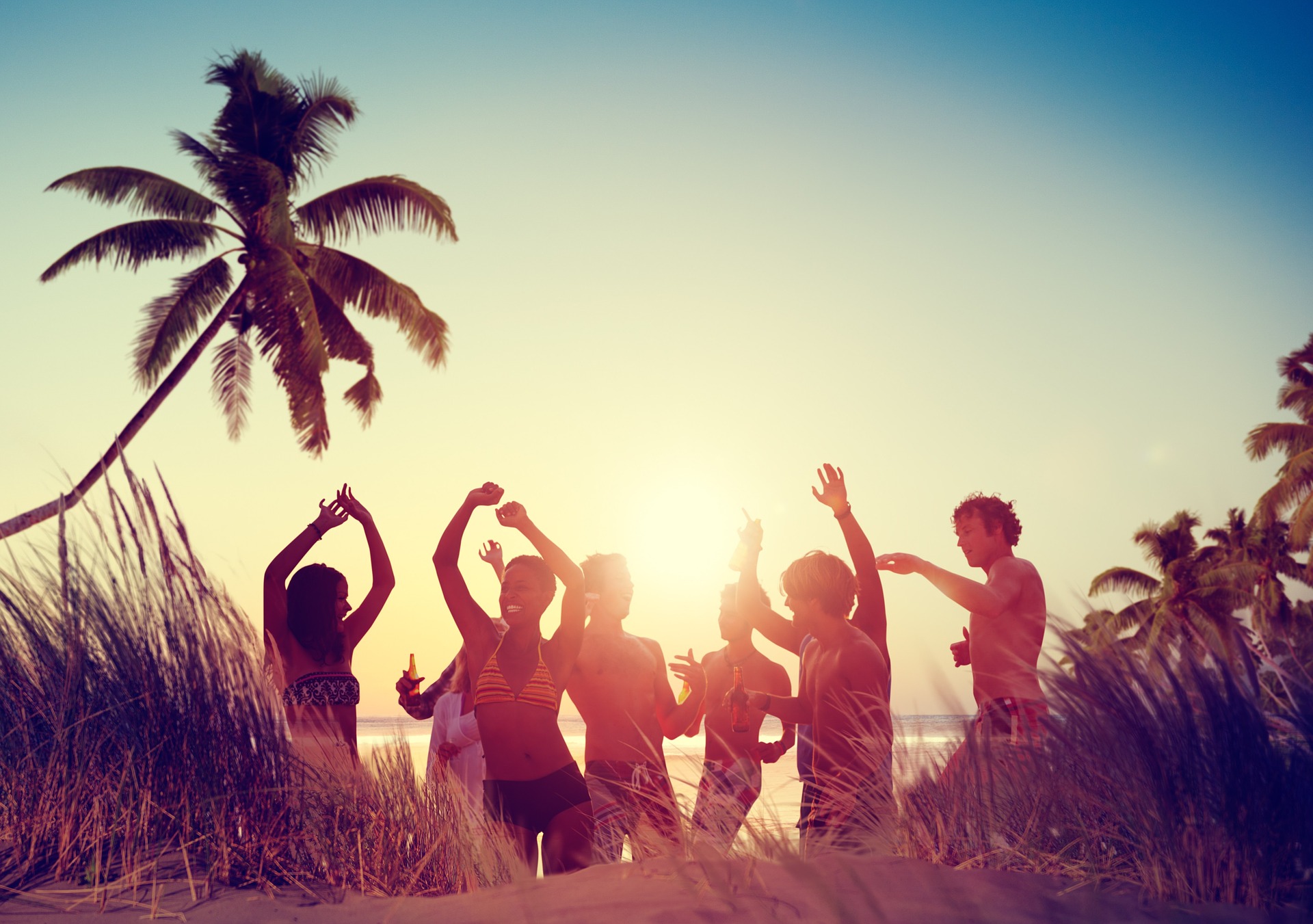 Theses are the party islands where things get crazy! Few places in the world can provide such a perfect combination of youth, great nightlife and sunny weather. These places do not only attract the numbers, but good diverse crowds too. Most importantly they are placed in beautiful and highly desirable locations.

To be quite honest this place isn’t for the faint hearted nor the weak stomached. The devilish & beautiful greek island is part of the Cyclade Group in the Aegean Sea. But all you need to know is it’s absolutely crazy both night and day!

Things start off in the day at Ios wild ‘farout’ beach club, music booms late into the afternoon where party revellers down shots and dive in the pool.

In the afternoon groups of Aussies gather round to play progressively hardcore drinking games in the hostels and slowly stumble their way into the town. By 12 the cobblestone streets are packed, the bars and clubs fill up and tourists set out on their mission to drink and until they drop (literally) dancing the night away until sunrise. From here history repeats itself as it daily as it happens all over again.

Hosting the biggest beach party in the world, once a month Koh Phanghan rightly deserves its place on the list. Koh Phanghan’s full moon party has become a backpack right of passage. With 10-30,000 people attending the event each month in Haad Rin Beach there is nothing quite like it.

With the bright moon looking down upon upon revellers dancing in between tropical palms on the white sandy beach Koh Phanghan is a pretty spectacular beach party destination.

Not much needs to be said about Ibiza that you don’t already know. Tourists from across the world flock to the party island each year to join forces with with the world’s Biggest DJs in Ibiza’s superclubs. While Amnesia and Hi (previously known as Space) may take the spotlight, Ocean Beach’s Extravagant Day Party’s are not to missed!

Ibiza attracts a diverse crowd from teens heading straight to West End to drown themselves in Alcohol in cheap bars to the hardcore house music lovers who spend their time fully immersed in the most intense nightclubs for a whole week straight.

Part of thee municipality of Florianopolis The Island of Santa Catarina is come to of the most sublime palm-tree coated beaches in Brazil.

A second home to many of Brazil’s top football players and celebrities Floripa’s hot spot Jurere attracts the young, rich and the ridiculously beautiful Brazilians from across the country to party in its Beach Clubs.

Our second Greek island on the list! Compared to Ios nearby, Mykonos is a classier affair or at least people like to think so! The truth is it gets just as messy, the main difference is the crowd. While Ios attracts young backpackers to its free entry budget traveller style bars and Souvalaki Stands, Mykonos once renowned as a playground for the rich commands higher prices in its upscale bars and restaurants.  Just like Ibiza attracts the Big Names with top DJ performing at Paradise Beach in legendary clubs Tropicana and Paradise Beach Club. Ladies watch out, since it also attracts international playboys and their Yaught’s.

Mykonos has long been a popular holiday destination for the Gay Community and attracts a diverse crowd of people from across the world while in comparison Ios is dominated by Australians.

With beautiful sandy beaches, turquoise waters and fantastic nightlife and dining and weather to die for Mykonos is the hedonistic island is a true mecca for party animals.